Crazy About Animals is all about the world's magnificent creatures. To win the game you have to be both skillfull, creative and lucky. It is not all about quiz but also about your creativity as you might have to mime, draw or use other special skills. It adds to the fun that you are allowed to steal from the other players and might even send them back to their starting area, increasing your own chance of winning.

If you like the plentiful creatures of our planet and are able to confront a world of fierce snakes, venemous spiders, sneaky crocodiles, furious sharks and roaring lions then Crazy About Animals is a perfect choice for the family entertainment. And you are bound to learn somthing new. 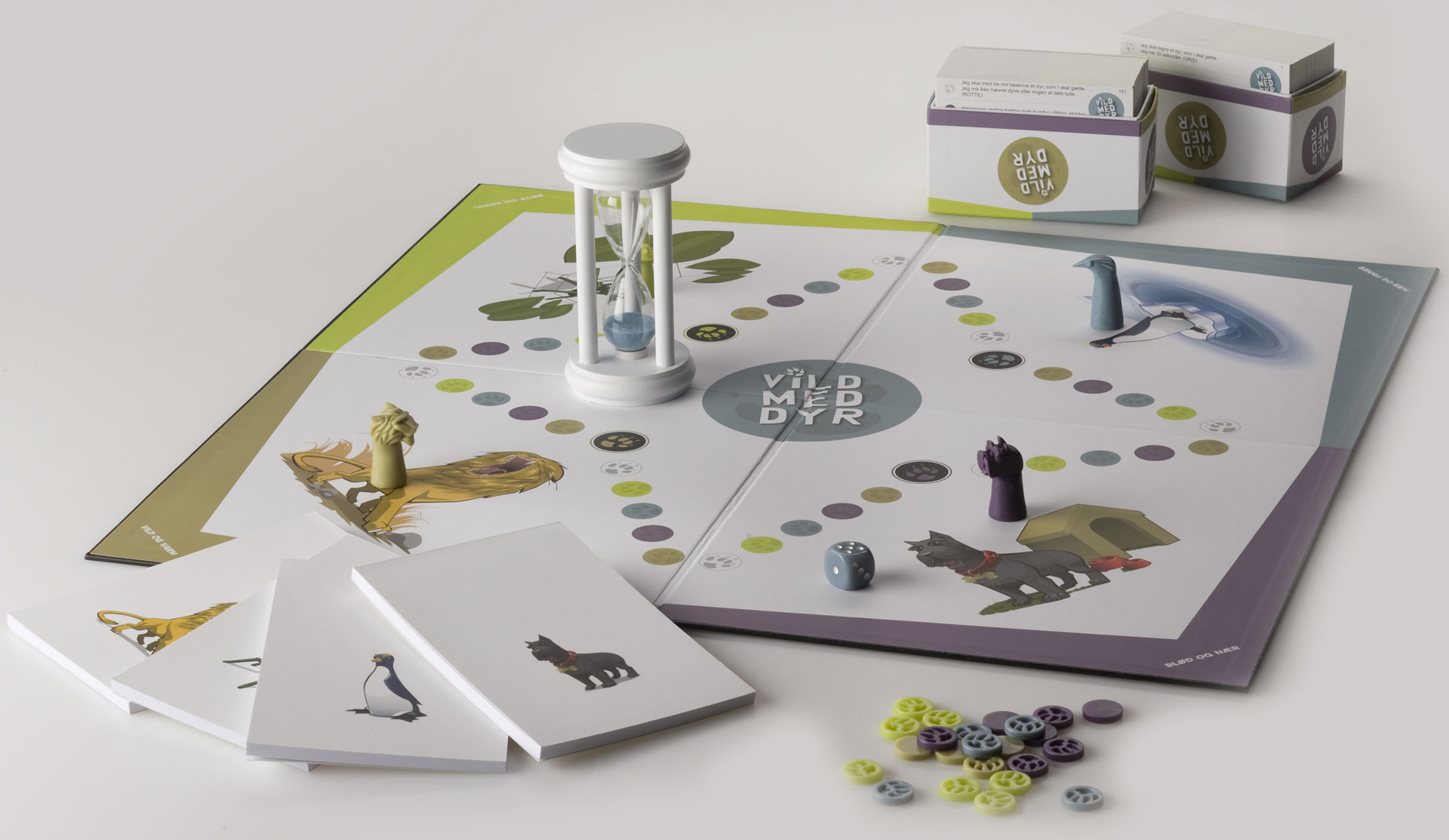